"It's Going To Be Awesome! - 5SOS Tease Their 'Rock Out With Your Socks Out' Tour Plans 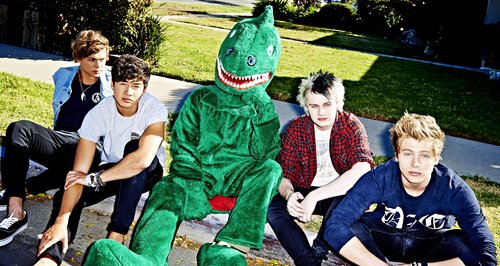 Calling all #5SOSfam members! The boys are promising the "best live show possible" when they hit UK arenas in May.

5 Seconds Of Summer have been revealing ALL about what all you #5SOSFam out there can expect when they take their brand new world tour out on the road in just over a month.

Calum, Luke, Mikey and Ashton are set to kick off their 'Rock Out With Your Socks Out' tour at the start of May, and say they STILL can't believe they're getting to launch their firs headline tour, and have vowed to make a show that will make fans want to come back and see them live for years and years.

"It's our first headline arena tour which is awesome and I didn't think would ever happen," Luke Hemmings revealed MTV News. "I feel like it was just yesterday that we were playing to like 300 people. 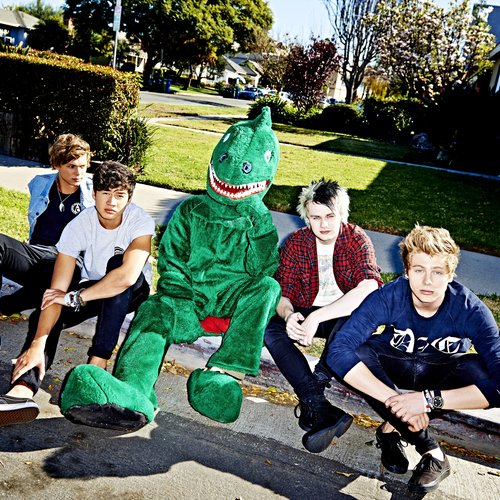 "The process of putting together an arena show is really amazing and we get really involved in the set and how we want the show to be and stuff like that," Calum Hood explained. "So it's an amazing process.

"We just want to make a show that they are going to want to come back and see for years to come, 'cause we want to do this for as long as we can," Ashton Irwin added. "We love it."

5SOS Reveal ALL About Their Brand New Second Album

The 5SOS boys kick off their new tour in Lisbon, Portugal on 4th May, before bringing it over to UK and Ireland shores from 28th May.

5 Seconds Of Summer then travel across Australia, New Zealand, The US, and Canada throughout the rest of the summer

5SOS are set to bring Hey Violet, their first signees to Hi Or Hey Records as opening acts on their new tour.

Tickets for 5 Seconds Of Summer's 2015 UK tour dates are on sale now on capitalfm.com...

Watch 5 Seconds Of Summer in action performing live at the Capital Jingle Bell Ball 2014 with Morrisons below: