The boys try to flog some extra copies of their album... by taking to the supermarket in staff uniform!

5 Seconds Of Summer have gone to EXTREME lengths to sell their new album… even taking on supermarket jobs to try and flog it!

Well, sort of anyway… the boys' latest HILARIOUS prank sees them suiting up as US store Target employees and pestering the customers with copies of their debut '5 Seconds Of Summer'.

Causing havoc and mischief across the store, this video is guaranteed to make you love the boys even MORE as Calum, Ashton, Michael and Luke get up to no good… all in the name of promotion! 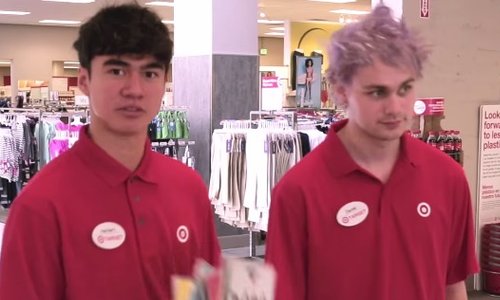 > 13 Pics That Prove The 5SOS Boys Can't Keep Their Clothes On!

> WATCH: The 5SOS Boys React To YOUR Fan Mail!