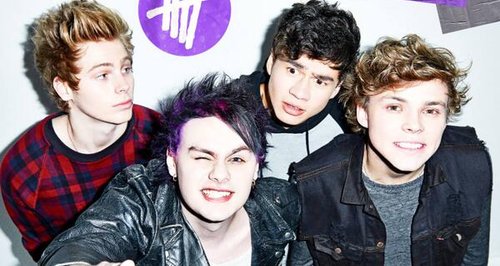 The group share isolated vocal recordings of each of the group on Instagram as a teaser for fans.

5 Seconds Of Summer have been previewing their new single 'Don't Stop' by posting isolated vocal recordings of each of the members on their Instagram page.

The group shot straight to the top of the Vodafone Big Top 40 number one with debut release 'She Looks So Perfect' and they're readying the follow up.

Fans have been able to pre-order the new song this week – which is available to download from 15th June.

The boys are also set to head around Europe and North America as the support act for One Direction's 'Where We Are' stadium tour.