Who Ruled The iTunes Festival 2014? 5 Seconds Of Summer, Of Course! 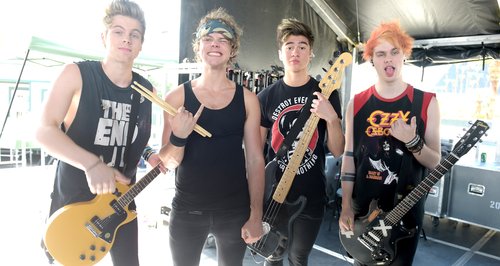 The stats are in, and 5SOS absolutely stormed the Twitter charts during the course of the iTunes festival 2014

5 Seconds of Summer are pretty much taking over the world right now so it’s only fair that they get the crown of the most talked about act from the iTunes festival too.

Over a quarter of a million people tweeted about the stellar 30-day event at the Camden Roundhouse, but by far the most talked about act – beating even Pharrell Williams, Kylie Minogue and David Guetta – was those four lovely chaps from Australia, aka 5SOS!

The most retweeted tweet from the festival was 5 Seconds of Summer announcing their arrival on stage, and prior to their performance over 40,000 tweets were sent around the Twitterverse from fans expressing their excitement.

While 5SOS took the crown this time, Ed Sheeran and Jessie J were also hot on their heels, with thousands of fans getting involved with the hype around their performances.

The top five were: