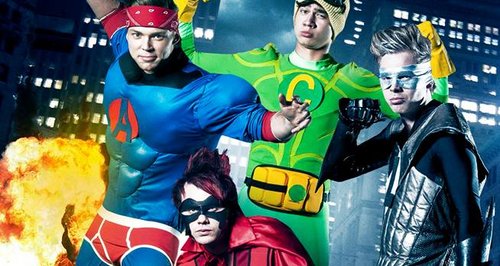 Find out when you can see the boys' NEW video for the first time on Capital TV.

5 Seconds Of Summer all become superheroes in the newly unveiled official promo for their music video to new single 'Don't Stop'.

The 'She Looks So Perfect' four-piece are expected to unveil the video in full this coming Monday (19th May), with a Capital TV's first play happening at 7am.

The boys each take on a different superhero identity for the 'Don't Stop' music video, which is expected to be a blockbuster style promo featuring crime-fighting antics.

The band are set to have a hectic weekend over all as they will also be performing live at the Billboard Music Awards 2014.

I can't believe we are actually playing at the Billboard awards, wow wow wow.

Get involved in the conversation around the first play of 'Don't Stop' by tweeting us @CapitalOfficial using #5SOSOnCapitalTV.