Capital Unveils 5SOS Fans' FAVE Memories… By Projecting Them Onto Our Building!

We show off our special gift to 5 Seconds Of Summer to celebrate their incredible year.

There's just days to go before 5SOS hit that O2 Arena stage for the Capital Jingle Bell Ball 2014 with Morrisons, and we've been feeling in the mood to celebrate!

After getting all of the #5SOSFam out there to tweet us THEIR favourite 5 Seconds Of Summer memories from the past year, we at Capital have done our own tribute to the boys by projecting your tweets onto the side of our building in London's Leicester Square!

From fond fan memories to our FAVOURITE pictures of Calum, Luke, Ashton and Michael, it was all there as Pandora introduced our early Christmas gift to 5SOS, which you can see in the video above.

It's been QUITE the year for 5 Seconds Of Summer, who have had an incredible twelve months - involving everything from playing at Wembley Stadium to launching their album, touring the world AND stripping off in the Capital studios!

Join Capital as we look back on the 5SOS boys' incredible first year, including scoring their first number one on the Vodafone Big Top 40 with 'She Looks So Perfect', touring alongside One Direction, playing at Capital's Summertime Ball and playing with kittens in our studio!

Catch all their funniest moments from Twitter and Instagram, see them answering some VERY awkward questions for Capital TV AND being challenged to strip by our very own Max. Just hit play on the video below!

We hope you liked the present boys! See you at the #CapitalJBB! 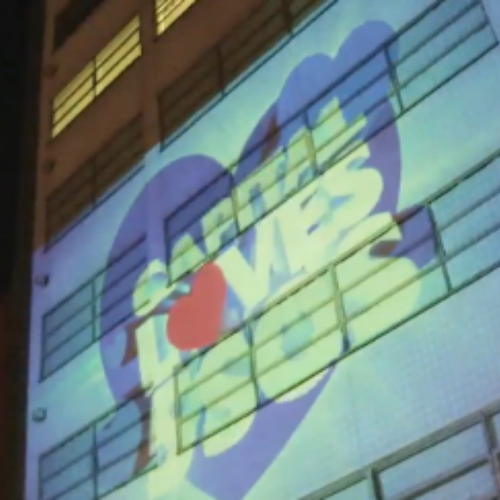 One Hot Piece Of Ash! 20 Sexy Shots Of The 5SOS Drummer