Charlotte was giving Scotty T an initiation into his new presenter role on 'Just Tattoo Of Us' when he received this shocking Stephen Bear ink!

When Scotty T took over from Stephen Bear as the co-host of MTV show 'Just Tattoo Of Us' alongside Bear's ex Charlotte Crosby, we knew that Char would have a great inititation up her sleeve, but even we never imagined this!

This shock ink that Charlotte requested for pal Scotty is brutally hilarious, until you remember that Scotty T is now stuck with that tattoo - and it's on his bum.

We could talk about it all day, but we know you just wanna see the bad boy ink for yourself, so check out this incredible picture below and watch the big reveal video above to see Scotty's reaction! 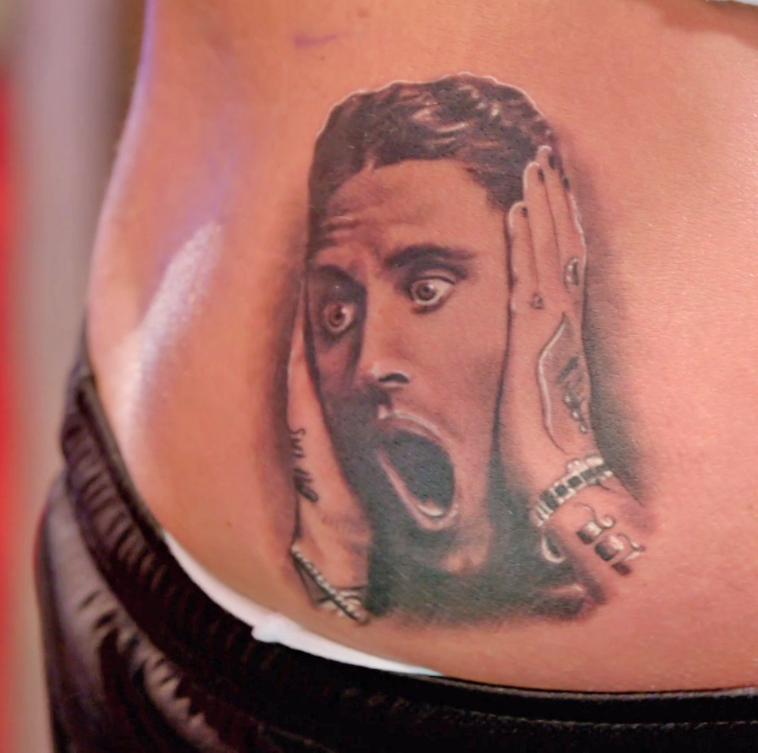 The former Geordie Shore star was left open mouthed as he saw the tattoo for the first time claimed he was gonna get revenge on Charlotte one day.

Charlotte Crosby and Stephen Bear dated back in 2017 until they split following a host of cheating rumours and arguments. They co-hosted series one of 'Just Tattoo Of Us' until Scotty T replaced Bear for the new series.