THE champ is here.

Whilst he's not busy becoming the 16 time world champ over at the WWE, he's of course promoting his brand new movie 'Ferdinand' where he plays a loveable Spanish bull who prefers smelling flowers instead of fighting in the bull ring.

> Ariana Grande, Will Smith & John Cena All Bust Rhymes In The Trailer For 'Carpool Karaoke: The Series'

So when John dropped by to chat to Roman about the flick, we just couldn't help but ask him to give us a brief review of the biggest hits of 2017. 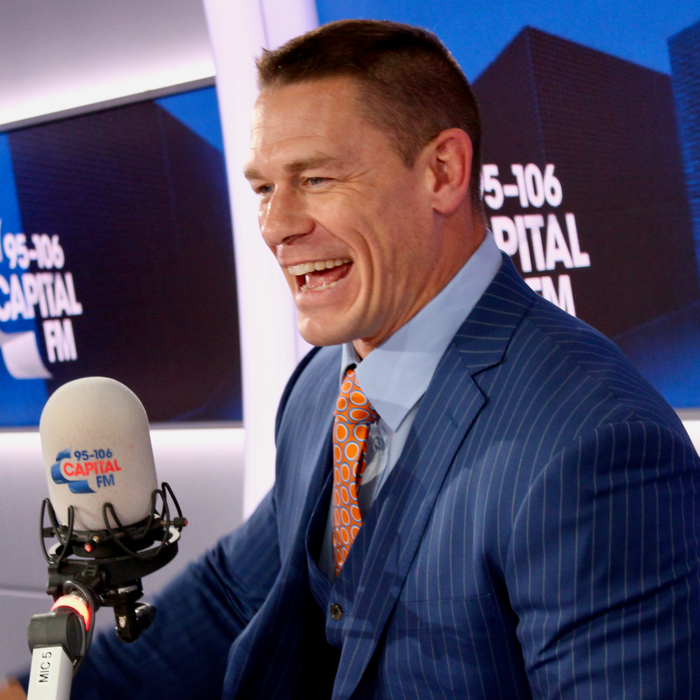 And he did NOT disappoint. Charlie Puth, Shawn Mendes, Big Shaq, Little Mix and Dua Lipa all got the Cena treatment... except we're still entirely sure that the champ knows exactly who to say the word 'Puth'.

> In Need Of EVERYTHING Pop Music? You Need Our App In Your Life, RN!

So, sit back, press play and enjoy because the time is NOW!

Psst, whilst you're here you need to watch Roman audition for 'Ferdinand' in front of the man himself JOHN CENA!