How Old Are The Gossip Girl Reboot Stars, Exactly?

Here's how old the cast of the Gossip Girl reboot really are.

It's no secret that Hollywood casts grown adults to play teens in TV shows and movies.

The actress who plays Ginny in the hit Netflix series Ginny & Georgia, Antonia Gentry, plays a fifteen/sixteen-year-old, but is 23 in real life.

It'll come as no surprise, then, that the cast of the Gossip Girl reboot are also way past puberty and hitting their mid-twenties.

But how old are they, exactly? Let's take a look...

How old is the cast of the Gossip Girl reboot?

Playing influencer Julien Calloway in the show, Alexander is a Canadian singer-songwriter and actress in real life.

While her character is a teenager still attending Constance Billard, Alexander is actually 27 IRL.

Speaking to Nylon about her experience on set, Alexander said: “My sense of self comes from within, but it took a while.

“I would say I probably had established it by about grade 11, because then I went to this really wealthy school in a very predominantly white neighbourhood, and my response to that was not in the least to try and fit in or anything like that. I was like, ‘Cool. I don't fit in here. I love that.’”

Oregon-born actor Eli Brown spent several years carving a name for himself in the industry down in Los Angeles, before getting offered the prestigious role based in New York City.

Unlike his character Obie, Brown is aged 21.

Born in Oahu, Hawaii, Evan Mock is a skilled skater, surfer and photographer, as well as a model - who is actually 24 years old.

Known for his signature pink hair, Mock wasn't actually an actor before he got the lucrative gig.

Speaking to ELLE about the opportunity, the show's creator Joshua Safran commented: "I was watching Evan on Instagram and he inspired me to create this role.

"He's never shown an interest in acting on any of his social media stuff. But [casting director Cassandra Kulukundis] went out, she got him, and she worked with him in a room.

"And then she called me, and she was like, ‘I think he has something.’”

Despite her age, she's already had some noteworthy roles, including her part as Shirley Temple alongside Leonardo DiCaprio in J. Edgar, and as Snakebite Andi in Doctor Sleep.

One of the older members of the Gossip Girl cast, Doherty is in fact 26 years old.

Playing a sort of Chuck Bass 2.0 in the reboot, Doherty revealed to Interview that he can relate to the bad boy image: “I used to get f***ed up on a Friday and I’d be working on a Saturday."

Likewise, Texas-born Moreno is 26 years old in real life. She has also appeared in Control Z and K-12.

Moreno also revealed that she was a huge GG stan growing up (weren't we all??), telling ELLE: “Actually, I was kind of obsessed with it in high school. I really wanted to be Serena. It actually kind of inspired me to want to move to New York when I was young.”

Tavi is no stranger to stardom, having set up fashion blog Style Rookie when she was just 12 years old, before transforming the concept into an online magazine in 2011.

Another cast member who is an *actual* teenager is Whitney Peak, who is 18 years old.

You may have seen her in Minority Report, in which she played a younger version of Lara Vega. 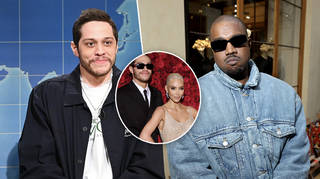 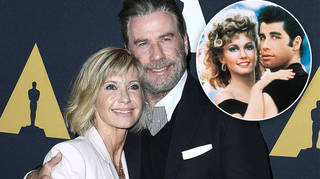