Gogglebox veterans Ellie and Izzi Warner hit our screens every Friday, so, are they related? How old are they? Where in the UK are they from and how can you follow them on Instagram?

Gogglebox sisters Ellie and Izzi have been in our lives for five whole years, bringing us laughter and seriously relatable entertainment from the comfort of their own sofas, so where in the UK are they actually from?

How can you follow the comedy pair on Instagram, seeing as you already know so much about them?!

Look no further, we have everything you need to know about the Leeds duo, as well as all the details about Izzi's brand new baby girl!

Who are Gogglebox's Ellie and Izzi?

Ellie and Izzi are sisters from Leeds who were put on the show five years ago after an old friend of Ellie's in casting asked them to try out for the Channel 4 primetime programme, and much to their surprise, they were chosen!

Izzi, is an 'aspiring domestic goddess' who is mother to two children, five year old Ben and newborn, Bessie, with her boyfriend, Grant.

Ellie is a hairdresser, as you may have suspected from her changing hair colours and styles, and is the proud mother to her two greyhounds, Mick and Madge!

How old are Gogglebox sisters Ellie and Izzi?

Ellie, the blonde haired sister is 30-years-old, while the brunette, Izzi is 27-years-old, and the girls show their love for each other celebrating their birthday's on Instagram!

Due to COVID-19 social distancing rules, Izzi hasn't been able to appear on the weekly show as she doesn't live with sister Ellie.

Instead, Ellie's boyfriend, Nat, has been filling in. We wonder what he's thinking about his new, starring role!

She also gave birth to her baby girl, Bessie, in February, so is taking time to get to know her little one!

Unsurprisingly, the pair have amassed quite the social media following having been on our screens for such a long time.

On their pages, you can get a better insight into their lives than just their lounge, see more of their family and friends and their cute kids!

> Download Our App For All The Latest TV News 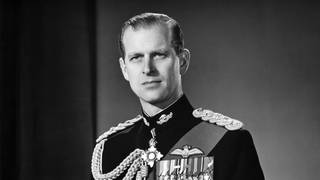