Ariana Grande, the High School Musical cast and Demi Lovato are amongst the stars set to perform on Disney’s Family Singalong.

During the coronavirus pandemic, Disney is set to host an event called Family Singalong, which will see huge stars such as Ariana Grande and Demi Lovato perform at home for fans.

The event is set to feature numerous performances by former Disney actors as well as raising awareness for Feeding America's resources for those who are struggling due to COVID-19.

Whilst the ‘Thank U, Next’ hitmaker announced she’ll be singing ‘I Won’t Say I’m In Love’ from the classic movie Hercules, the 'Anyone' star will be teaming up with Michael Bublé to sing 'A Dream Is a Wish Your Heart Makes’.

Not to forget, possibly the most-anticipated reunion during the event is the High School Musical cast performing ‘We’re All In This Together’ for the first time in years and we’d be lying if we said our 11-year-old selves weren't crying on the inside!

Old flames Vanessa Hudgens and Zac Efron will be joining the performance as well as their co-stars Ashley Tisdale, Lucas Grabeel, Corbin Bleu and Monique Coleman.

HSM’s director Kenny Ortega spoke about reuniting the cast, telling Deadline: "We couldn’t reach Zac until late but when we did, he immediately jumped in, of course.

“Everyone we reached out to was quick — and you’ll see it in their spirit and the way they come together from their homes. They recognize this is an opportunity to strengthen spirits for those joining us for the broadcast.”

He credited Ashley Tisdale, who played Sharpay Evans in the film, for the idea after she recently recreated the ‘We’re All In This Together’ dance with Vanessa on TikTok.

Other throwbacks from the channel will be making an appearance including That’s So Raven and The Cheetah Girls star, Raven Symone.

The singalong, which will be aired on Thursday, April 16, on ABC at 8pm, in the US, will also feature tunes from some classic Disney movies like Beauty and the Beast, Frozen and Aladdin.

Karey Burke, President of ABC Entertainment, explained the importance of bringing people together during these times, saying: "If there’s something that we’ve all learned in the past few weeks, it’s to cherish every moment and the importance of connection, whether through laughter, stories or music.

"We hope that we can help create some new unforgettable moments in everyone’s home in a way that only the magic of Disney can."

> Download Our App For All The Latest Celeb News

Why Regular, Rapid Testing For Covid-19 Is So Important & How To Do It

Promoted by NHS Test and Trace

Primark Reveals Exact Date It Will Reopen After Lockdown 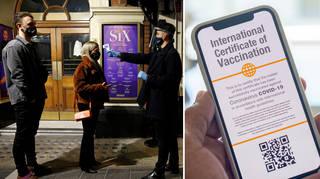 NHS App Could Be Converted Into Covid Vaccine Passport