Chart Update: Who Will Be Your Chart Topping Valentine This Sunday? 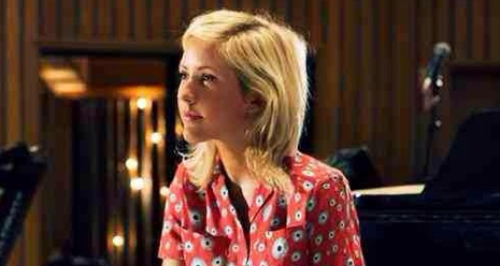 Ellie Goulding is on her way to grabbing a THIRD week at No.1. Is there anyone who can stop her? Let's have a look.

It's only a few days until you can grab your partner by the hand and force them to go and watch Fifty Shades Of Grey with you. Well the good news is if you do decide to go to the cinema, you're bound to be treated to an INCREDIBLE soundtrack. Ellie Goulding's 'Love Me Like You Do' is now trying to conquer it's third weekend at the top of the chart.

Let's have a look at which tracks may give Ellie a run for her money on this weekend's show.

Will the blonde beauty stay at No.1 on the same weekend 'Fifty Shades Of Grey' will undoubtedly become the highest grossing movie of 2015.

This was the HIGHEST new entry of last weekend's show squeezing Mark Ronson & Bruno Mars' 'Uptown Funk' out of second place only minutes before lockdown. Could the tune go one better and top the chart?

They absolutely killed it at the 57th Grammy Awards this week which has now put the hottest collaboration in the world in the driver's seat when it come to songs that might knock Ellie Goulding off the top spot.

We have another Grammy performer in the house people. Hozier teamed up with music icon Annie Lennox to perform his breakthrough hit 'Take Me To Church'. There is no doubt this will have given even MORE people a reason to shell out some cash for a piece of bluesy rock.

You can never count this one out of the race. As the longest reigning Big Top 40 No.1 in the history of the show, 'Uptown Funk' has the potential to sky rocket to the summit within minutes.

Our very own Marvin Humes is in contention for the No.1 spot with his dance collective LuvBug. Will Marv be introducing his own track in the top ten this weekend?