We all know that Rihanna is the queen of the clap back, so let's just sit back and admire her best work...

When it comes to social media, there's one important lesson that everyone needs to remember... NEVER mess with Rihanna.

The 29 year old has claimed a number of high profile victims who have all fallen foul of RiRi's savage Twitter responses, so what better way to spend the next few minutes than reliving those classic moments for your entertainment pleasure?!

> You & Your Mates Can Now Rent One Of Rihanna's Actual Houses

Twitter user @wildestthot put together a thread of some of these epic moments, so grab a torch cos it's about to get real shady up in here...

The One Where Rihanna Shaded TLC For Slamming Her Wardrobe Choices

Even though this was years ago, we can still feel the burn...

The One Where Kendall Jenner Was Left Disappointed

Wonder if Kendall ever got to see her #FavSong?

I‘m Rihanna when I want to avoid people pic.twitter.com/9G6SqNCm3R

The One That Had Ciara One Two Steppin

As we said, never take on Bad Gal RiRi!

We decided to stan forever pic.twitter.com/XwHyXBTUQb

The One Where Rihanna Legit Lived 'BBHMM'

Always sticking up for the NAVY too!

How can you not love her? pic.twitter.com/0wF5sKen0w 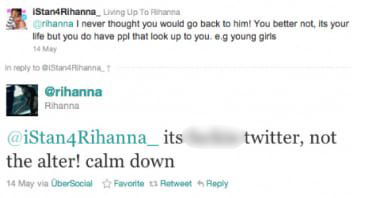 The One Where Rihanna Couldn't Give A Hoot 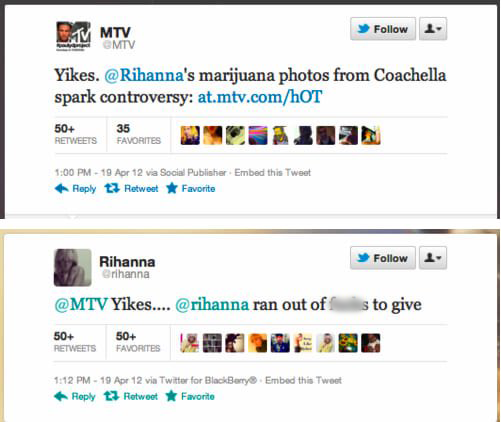 The One Where RiRi Was Just Brutal AF

Savage doesn't even come close to describing this mauling...

This was a moment. pic.twitter.com/3IhPHKngup

So before anyone else makes the mistake of taking on the clap back queen, just take these examples as a warning because the only outcome is you taking a big fat L!

Whilst you're here, relive Rihanna's amazing performance on 'Wild thoughts' at the GRAMMYs 2018...