11 Wi-Fi Names You Wish You’d Thought Of Yourself

People have no chill these days and have turned naming for their wi-fi into something of a sport, from the punny, to the down right genius, take a peek at these cracking wifi names you wish you thought of...

It's 2018, wi-fi is well and truly a staple in all of our lives and with the freedom for people to tailor their wi-fi names to whatever they choose, we have taken naming their beloved internet connection's to new levels, with a trend of finding the punniest or most outrageous wifi name they can possibly think of well under way.

We have found some of the most iconic wi-fi names that will make you mad you didn't think of it first! 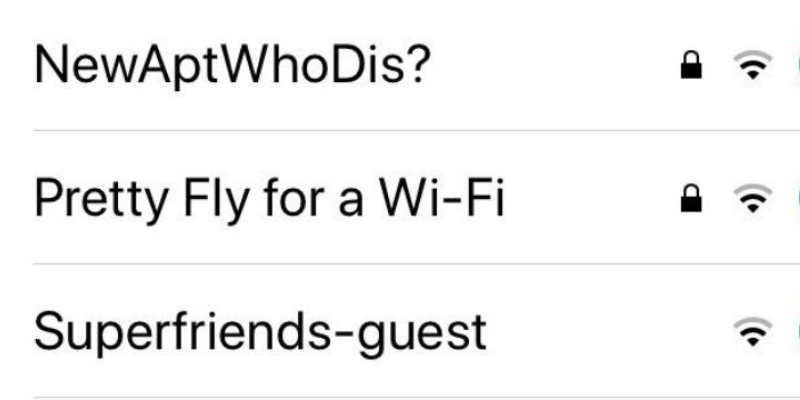 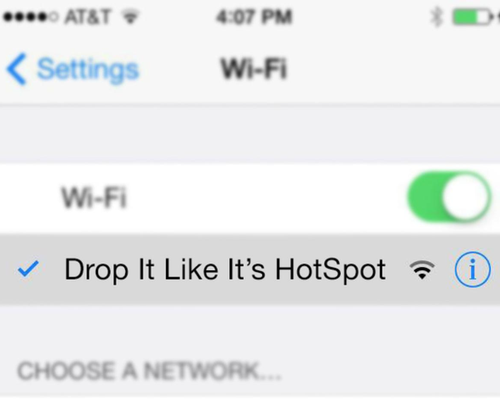 And it gets punnier...

"I now pronounce you man and wifi" omfg pic.twitter.com/3HcidV7l

"Tell my wifi love her" pic.twitter.com/fZHYoQoaRK

#wifi names at the library... has anyone got good #musetech equivalents? pic.twitter.com/ObISpePlpF

This has turned into a college sport, and we approve on every level.

The people out there who take pleasure out of trolling the world...

I leave my phones WiFi hotspot on and changed its name to “Jeremy Renner’s iPhone” so people around me always think Jeremy Renner is nearby. 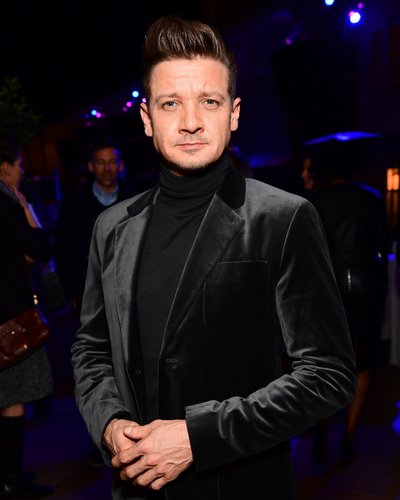 That awkward moment when FBI Surveillance Van shows up on the network list... pic.twitter.com/6SVANrE9EL

Is it genuinely only us that has been tricked by this before?

This guy who's trying his luck on love on every level...

how are these wifi names both mino please pic.twitter.com/B2Nf8d2Tfm

Using it as a tool bring you 'closer' to that neighbour you never talk to... 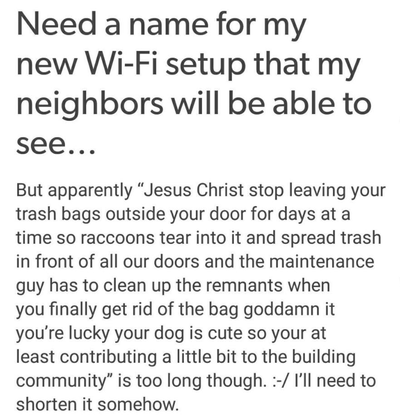 Picture: Twitter
We get the feeling this person is a little conflicted about their emotions... put it in the wi-fi, hunny.

And finally, spreading your truth to the world

One of my neighbours misses David Bowie just as much as me, also: check out the other brilliant #WIFI name around me#WIFInames #creative #tech pic.twitter.com/946v11vekh

Let us also take a moment to appreciate the iconic Game Of Thrones quote snuck in a little further down the wifi list. Iconic.

Enter to win a tech bundle prize all thanks to TalkTalk’s new Wifi Hub - the smart choice for Wi-Fi that goes the distance.