Twitter Reacts To Our NEW #CapitalSTB Breakers: “OH MY GOD IM NOT BREATHING!” 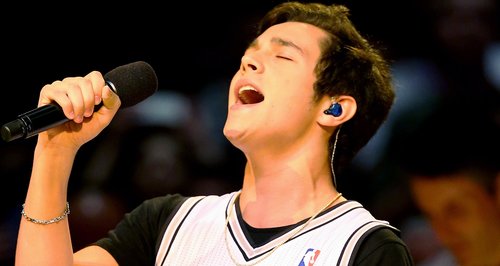 The final acts were announced for this weekend’s Summertime Ball – and you guys seem pretty happy about them!

It was a struggle to keep our ah-may-zing Summertime Ball Breakers under wraps for as long as we did, and it seems you guys are just as excited about the acts we revealed!

We announced last night (15th June) that Austin Mahone, Iggy Azalea, Ella Henderson, Kiesza and Rixton will be joining our alreadsy-stellar lineup for the Ball this Saturday (21st June), and as expected, the Internet pretty much exploded with excitement.

These five will be part of our biggest ball EVER, sharing a stage with the likes of Pharell Williams, Miley Cyrus and Cheryl Cole. No pressure there then guys…

@IGGYAZALEA IGGYYYYYY! You gotta get a selfie with little mix ok! If you have 1 job...its that!! <3

Rixton’s fans are having fangirl feels alllll over the place:

We’re getting some ambulances on standby if this is the effect Austin Mahone has on the female population. Wembley holds 90,000 so they may have their work cut out….

@CapitalOfficial @Kiesza so jealous that I haven't won tickets!

And if you’ve not managed to bag yourself some of the hottest tickets in town (erm, where have you been?!) you can catch up with all the gossip from the Capital Summertime Ball 2014 this Saturday 21st June right here on Capitalfm.com