Summertime Ball 2015: 11 Of The Best Viral Vines And InstaVids 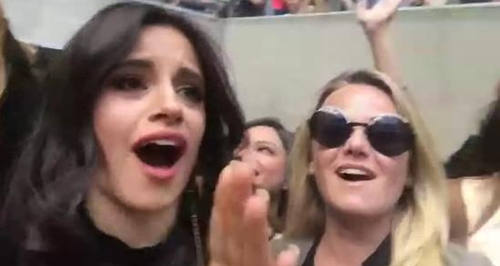 From Fifth Harmony's Camila losing all cool over 1D to Jason Derulo singing on a buggy, here are all the best moments you may have missed on Vine.

It's known fact the Summertime Ball is the hottest party of the summer, and these vines prove exactly how much fun goes on backstage AND on it!

1. Fifth Harmony's Camila reacts in the best way to One Direction opening the #CapitalSTB

Fan girling right through to the end along with 80,000 others.

being in the one direction fandom taught me that during concerts you must LOSE ALL CHILL #somethingsneverchange pic.twitter.com/lzNkY8qu53

2. One Direction's Louis Tomlinson looks all adorable as he counts himself in

Just to be certain.

3. Jason Derulo performs on a buggy on the way to stage... And we all wished we'd been there!

Save it for the stage, Jason!

4. Fifth Harmony celebrate coming off stage after performing to a crowd of 80,000!

And conquer that flight of stairs effortlessly in some rather killer heels.

5. Speaking of crowds, this is what it looks like the moment the gates open...

6. Ariana Grande proves herself to be a real Harmonizer

Fifth Harmony get their worth it dance on, and the 'One Last Time' singer can't help but get involved.

7. Harry Styles gets flashed, and doesn't know where to look!

No doubt this GIF will resurface... A LOT.

> Watch all the HOTTEST live performances from the Summetime Ball with Vodafone.

8. That one time we started creeping on Harry Styles (jokes, it wasn't just the one time)!

We went all Camila backstage after spotting the 1D hottie on his way to stage.

9. Rita Ora reacts to being interrupted mid interview in the best possible way

10. Ne-Yo recreates his most embarrassing stage fail for us on the red carpet

And begins a rendition of 'So Sick' #swoon.

11. And the Little Mix ladies explain how to keep those dreaded sweat patches at bay

We definitely need to know more about these 'dress shields', genius.