To get hyped up for the #BestofCapitalSTB, we're looking back at the biggest moments ever.

Since Katy Perry opened the first EVER Summertime Ball back in 2009, our world-famous event has provided some of the most talked about, and most Tweeted moments in musical history.

From on-stage smooches to surprise guests, the Capital Summertime Ball stage is guaranteed to make the hottest time of the year even juicier!

Check out our rundown of 15 of the best moments that pretty much sent social media into meltdown.

Just a matter of weeks following a billion (give or take) Directioners' hearts breaking, Liam, Louis, Harry & Niall belted out their hits for the first time in Wembley Stadium without Zayn. Opening the 2015 show, the boys had the entire crowd screaming and singing along for their entire 6 song set.

David Guetta's EPIC Closing Set From 2014 STILL Has Us Dancing!

DJ's don't come much bigger than David Guetta - and his closing set at the 2014 Summertime Ball had all 80,000 people raving with one unmissable mash up of his biggest hits. Hit play on the video above, and find out exactly why David was more than welcome back out our Jingle Bell Ball the following year.

Back in 2013, global superstar Taylor Swift brought out her BFF and tour-buddy Ed Sheeran to help her sing their heartwarming duet 'Everything Has Changed'. Fast forward three years and we've STILL got chills watching this video!

Cheryl Made A Surprise Appearance In 2012

She must have heard us calling her name, because Chezza (literally) burst out on to the #CapitalSTB stage in a pretty unforgettable rainbow jumpsuit back in 2012. We still get flashbacks to this EPIC moment every time we hear the opening chords of 'Call My Name' in the #CapitalThrowback!

It's hard to think of a time without hearing, pretty much, the BEST pop song from the last 12 months - but 2015's Summertime Ball with Vodafone was the first time anyone in the ENTIRE WORLD had seen Little Mix perform 'Black Magic'. Perrie, Leigh Anne, Jesy & Jade were absolutely flawless in their energetic performance - and even treated us to a dance tutorial so that we could learn their routine beforehand!

Justin Bieber AND Will.i.am Joined Usher On Stage In 2010

Our ears have just about stopped ringing after Usher brought out Justin Bieber AND Will.i.am back in 2010. The 'Scream' superstar brought out a fresh faced Biebs and the legendary Black Eyed Peas frontman to help out with his single 'OMG'.

Miley Was Just Being Miley... And We Couldn't Look Away

Giant rubber ducks? Check. Spitting water over the crowd? Yep. The most unforgettable #CapitalSTB performance ever? Ooooh yes! Back in 2014, Miley Cyrus proved that she's the queen of controversy with her truly bizarre set. Hit play on the video above for a cheeky taster of what you may have missed two years ago.

Nathan Sykes Made His Comeback To The Wanted After Throat Surgery

After taking a leave of absence to have throat surgery, Nathan Sykes was dearly missed during The Wanted's performance back in 2013. His bandmates carried on an energetic set without him, but during 'I Found You' everything went silent... Then Nathan rose out of the stage, and the whole of Wembley Stadium went insane! Rumour has it they even had to employ an extra 20 cleaners at the end of the night JUST to mop up all the tears...

Camila, Ally, Dinah-Jane, Lauren & Normani made their #CapitalSTB debut last year, and they brought a bucket load of SASS with them. The feisty five-piece brought 80,000 people to their knees with their exhilarating performance of 'Worth It' - and we've been watching this video on loop ever since!

Martin Garrix Had 80,000 People Raving In The Summer Sun

At just 19 years old, Martin Garrix is one of the youngest people to ever grace our Summertime Ball stage - but that didn't stop him getting 80,000 people full on RAVING in the London sun! His full set STILL gets played at least once a weekend in the Capital office to get the vibes flowing.

Aussie rockers 5 Seconds Of Summer made their Ball debut back in 2014 - and alongside their epic performances of Vodafone Big Top 40 hits 'Don't Stop' and 'She Looks So Perfect', they even managed to get everyone rocking out to... Katy Perry!?

Ariana looked so beautiful and sang so perfectly today, she made me question my existence #CapitalSTB pic.twitter.com/XlLWo1HXkl

#CapitalSTB stars don't come much hotter than Ariana Grande, and her fiery outfit she graced the stage with in 2015 was truly unforgettable! She clearly had no 'Problem' staying cool in the London summer sun - and had the crowds screaming for more.

What is it with this man making us weak at the knees with his surprise appearances? Jessie J & DJ Cassidy brought out the 'Kiss Me Quick' star during their live performance of Vodafone Big Top 40 chart topper 'Calling All Hearts' back in 2014. Rocking a pair of red jeans, Nathan shook everything his mama gave him for a truly unforgettable #CapitalSTB moment.

PSY Got EVERYONE Doing The 'Gangnam Style' Dance

Remember three years ago when you couldn't move in a club without a couple of hundred people dancing to 'Gangnam Style'? Well imagine what it was like with 80,000 people busting the moves to PSY's record-breaking smash in Wembley Stadium!

Enrique Made One Fan's Day (And Broke Our Hearts!) 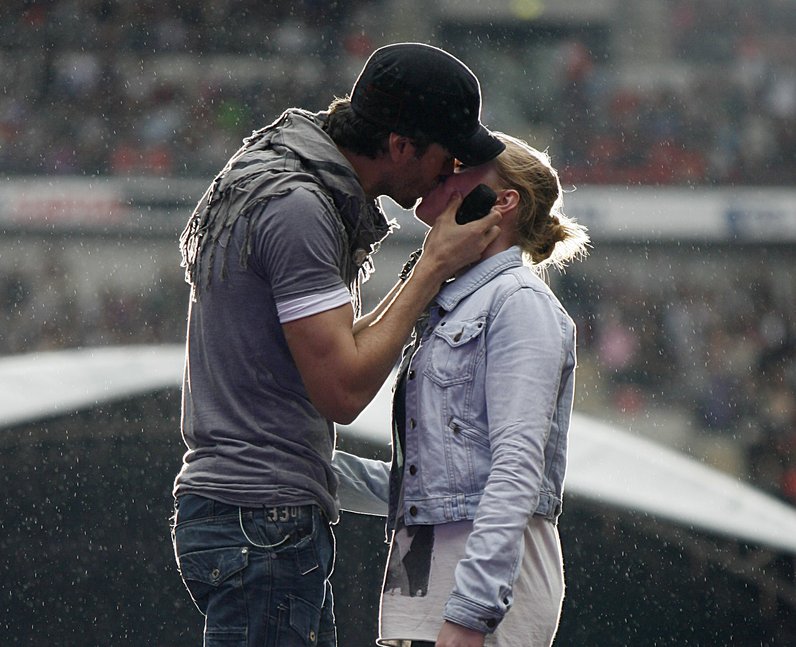 We can't decide if this moment trended across the globe because people were happy for the girl... or, like us, if they were INSANELY jealous. Back in 2011, latino hunk Enrique Iglesias picked one lucky fan out of the crowd to serenade her on stage. Not even the typical British rain could dampen her 'Hero's passion!