Find out how we joined forces with some of the world's biggest stars to make some noise for those that don't get heard!

Friday, 7th October 2016 - get it circled in your diary, because it was LOUD!

Yes, Global's Make Some Noise Day returned for 2016, and it was bigger and louder than ever!

Your favourite Capital Breakfast presenters launched Make Some Noise Day 2016 by risking life and limb (and no doubt embarrassing themselves in the process) to raise money for good causes up and down the country. There was also a chance to win tickets to Justin Bieber's UK 'Purpose' tour

Ant Payne was up from 10am with massive names including Zara Larsson and Shawn Mendes stopping by the studio - as well as giving you the opportunity to meet the 'Stitches' singer on his UK tour and win a shopping spree in New York City!

Dave Berry, George & Lilah were in the studio at 12pm with The X Factor judges, as well as giving away the ultimate Jingle Bell Ball weekend package! (Wait a minute, have we even announced the Ball yet?!)

The Bassman & Roman Kemp took you through the rest of the afternoon with the always LOUDLY dressed Olly Alexander of Years & Years and a very special mix at 1pm which was guaranteed to kickstart those Capital Weekender vibes! Oh, and if that's not enough, there was also chances to win Fifth Harmony meet & greet tickets, £4,000 of tech goodies and a dream holiday to Ibiza to make summer 2017 the best ever!

Drivetime from 4pm was the only place you could hear an EXCLUSIVE live session cover from Dua Lipa, Nathan Sykes dropping by AND you had the chance to hear what happened atop of the ArcelorMittal Orbit in London's Olympic Village, where Jack & Conor Maynard were finding out who's going to abseil down the 114m tall structure!

Follow all the action as it happens right here at CapitalFM.com with our live blog! 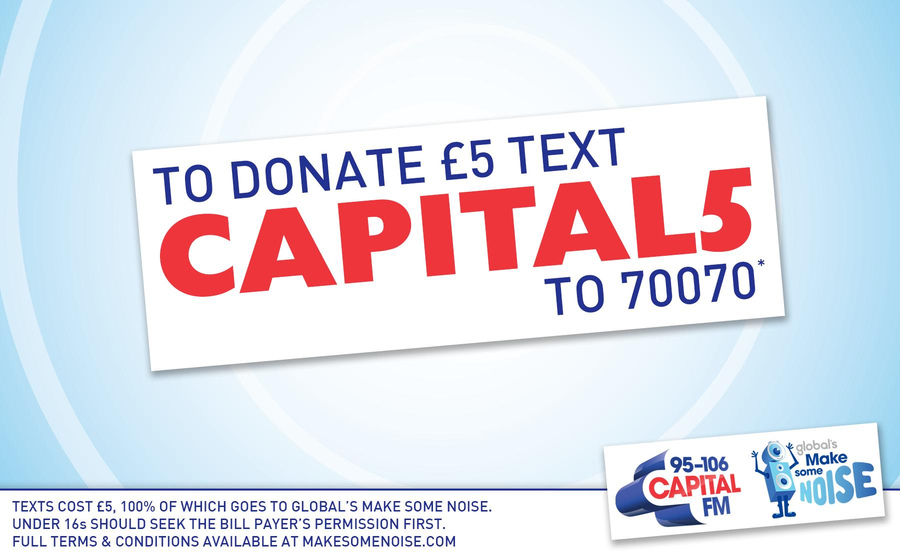 Find out more about Global's Make Some Noise right here!