The 'Begin Again' star will launch the latest promo from her 'Red' album as she kicks off new world tour.

Taylor Swift has confirmed that she will be unveiling the official music video to her new single '22' tomorrow (13th March).

The 'We Are Never Ever Getting Back Together' will preview a short snippet of the promo during the Good Morning America programme in the US before releasing the full video later in the day.

"The 22 video premieres AND the Red Tour starts on Wednesday! Yes, that's the 13th. Yes, that's on purpose," she wrote.

The star was seen shortly after the Grammy Awards last month playing around in a shopping cart as she filmed scenes for the promo in Los Angeles.

Check out a picture of Taylor filming the music video to '22' below: (Picture: Splash) 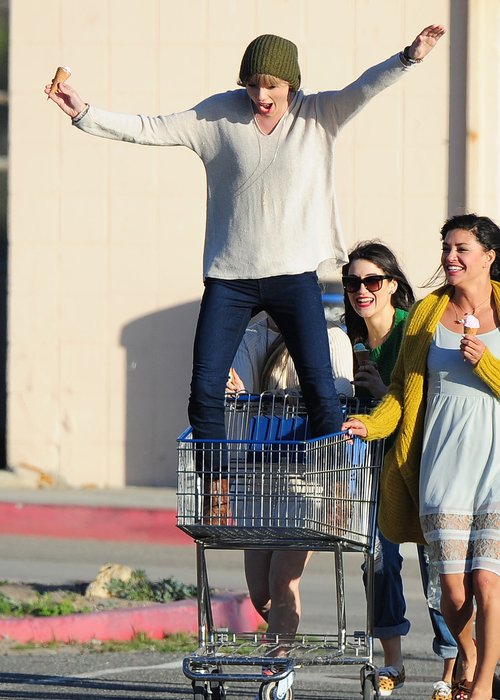 Taylor will be kicking off her 'Red' world tour the same day in Omaha, Nebraska.

The country star is set to be joined by good friend Ed Sheeran for the jaunt – and the pair have been forced to hit out at rumours they are dating in recent weeks.