Rihanna Planning Space Trip On Board Virgin Galactic In 2014? 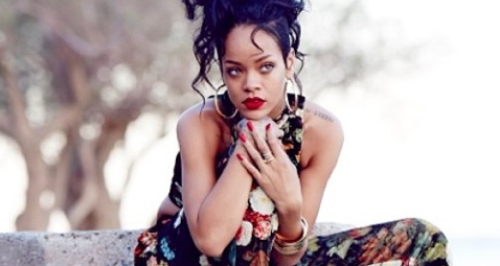 The 'We Found Love' singer is said to have paid a deposit to be one of the world's first space tourists.

Rihanna is reportedly planning to be among the first to board Richard Branson's new Virgin Galactic spaceship next year.

The 'Diamonds' singer is said to have paid a deposit to be one of the passengers on board one of the first space tourist flights.

Rihanna is alleged to have paid £500,000 for three seats on the flight, and plans to take her brother Rorrey along with her on the trip.

"Rihanna has already put down a deposit for the flight," a source told the Daily Star this week. "She has been obsessed with space since she was a child, so it would be a dream come true for her."

Rihanna brings her 'Diamonds' world tour to a close in New Orleans next month on 15th November.