The 'You Da One' singer was spotted by onlookers with a group of friends during her trip in Cologne.

Rihanna was seen performing songs by the Kings Of Leon and No Doubt during an impromptu karaoke session with friends this week.

The 'We Found Love' singer joined friends at the Thai Royal bar in Cologne as she continues the European leg of her 'Diamonds' world tour.

'Don't Speak' and 'Sex On Fire' were the songs of choice as the everyone joined in.

The Sun reports that there were three security men standing close by as the Bajan star joked around with her pals.

Check out a picture of Rihanna out with Melissa Forde in Paris yesterday below: (Picture: Splash) 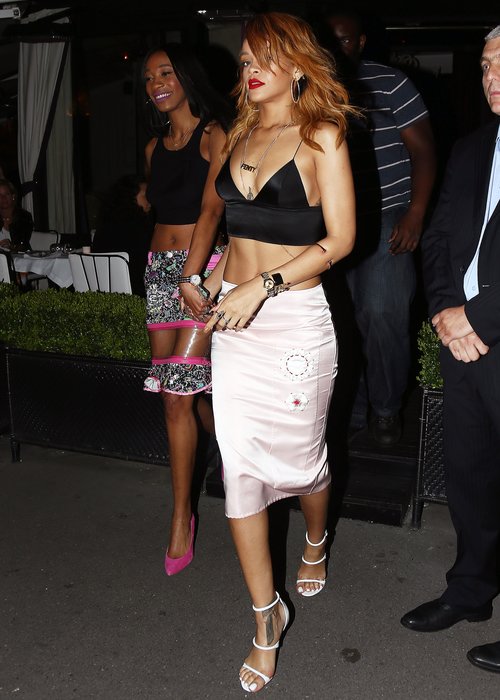 This week saw the singer also marking the first anniversary of her grandmother's death.