The 'We Found Love' singer was all smiles as she spent time posing for photos and meeting some of her followers.

Rihanna was pictured leaving a New York restaurant last night (8th May) wearing a revealing unbuttoned shirt and blue mini skirt as she met some of her fans.

The 'You Da One' singer was dining out at the Da Silvano restaurant and was snapped by photographers upon her getaway.

A few of her fans managed to get snaps with the Bajan star as she smiled and spent time with the waiting crowd.

The 'Talk That Talk' singer's dress exposed her huge chest tattoo design – which she got last year in tribute to her grandma Dolly.

This week also saw the star's break-up with Chris Brown confirmed by the male singer.

Check out a picture of Rihanna heading back from dinner below: 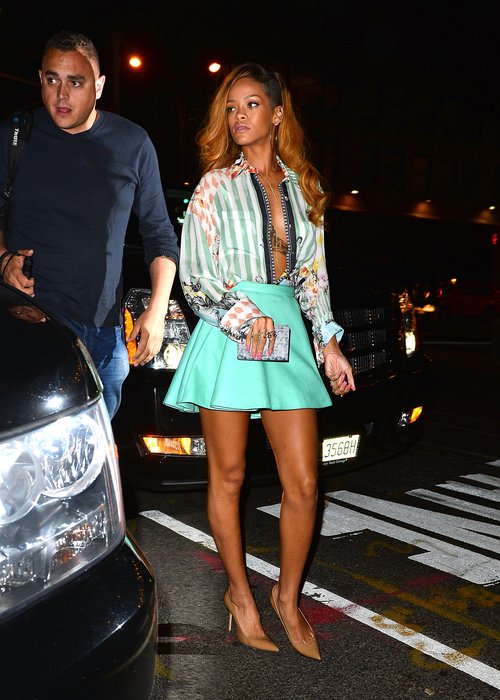 He hinted that he felt too young to be in such a serious relationship but would always love his former girlfriend.

Rihanna also took to Twitter and posted the remark "love 'aint for kids" – seemingly responding to the break-up.