The couple spark rumours they are to marry after the girl-band star was spotted sporting a diamond ring.

Zayn Malik and Little Mix singer Perrie Edwards are rumoured to be engaged after she was spotted wearing a diamond ring at the One Direction This Is Us movie premiere in London last night (20th August).

The couple were hand-in-hand throughout the evening, with Perrie sporting a new rock on her wedding finger.

The Daily Mirror has also claimed to have spoken to a source confirming the news and details of the proposal.

"It was so romantic - Zayn popped the question over the weekend when they were alone together," they said. "It's one of the first weekends they've spent with each other, as they've both been on tours with their bands. He wanted to wait for the perfect moment."

Check out a picture of Perrie from the premiere with Little Mix stars Jade and Leigh-Anne below: 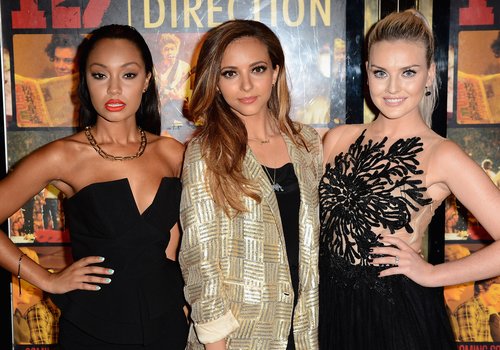 Zayn recently spoke about his love for his girlfriend and the lengths he would go to spend a short amount of time together during the group's current tour.

He also recently acquired a cartoon style tattoo of Perrie on his arm.

Over 6,000 fans descended upon Leicester Square to catch a glimpse of One Direction for their movie event.

Stars such as JLS and Conor Maynard were also seen walking the red carpet in the capital.