One Direction's Harry Styles Takes Up Knitting On The Road For 'Where We Are' World Tour? 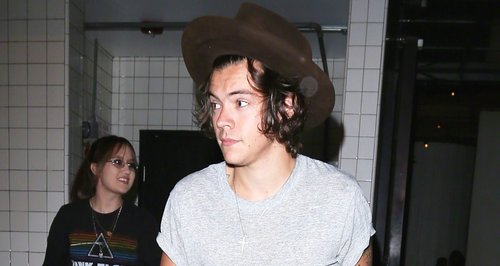 The 'Midnight Memories' singer is rumoured to have a new creative hobby for his time out on tour.

One Direction star Harry Styles has reportedly developed a passion for knitting while out on the 'Where We Are' world tour.

The 'Best Song Ever' stars are currently taking their latest world tour across the globe, and Harry is said to have reignited his interest in knitting as a way to pass time out on the road.

"Harry has always been able to knit, he finds it relaxing," a source close to the band member on tour told the Daily Star. "But he's never put as many hours in as he is doing at the moment.

"He says it's the only way he can unwind after hours of listening to fans screaming for 1D," they added. "The other lads tease him for it, but he doesn't care.

"Harry joked he'll be knitting them all Christmas presents," the source claims.

> 14 GIFs That Prove One Direction Still Rule The World.

One Direction's 'Where We Are' tour heads to Sunderland's Stadium Of Light tonight (28th May) before heading on to shows in Manchester, Edinburgh and London.