Nicki just brought all those angry mum moments SCREAMING back to us...

OK we are now officially TERRIFIED of Nicki Minaj. The rap star just brought EVERY fear-inducing angry mum moment come screaming back to us….

Nicki Minaj's New Album 2016: Bad News For All You #Barbz Out There Waiting For Nicki's Next!

Nicki was performing a live show out in Dubai recently when out of the corner of her eye she spotted a security guard slacking off and looking at his phone.

A security guard was using his phone at a Nicki Minaj concert and..... pic.twitter.com/YXuhY6SEh5

Never being once to mince her words Nicki stopped mid-performance, stomped across the stage and held out her hand for the unsuspecting guard to pass over his phone. 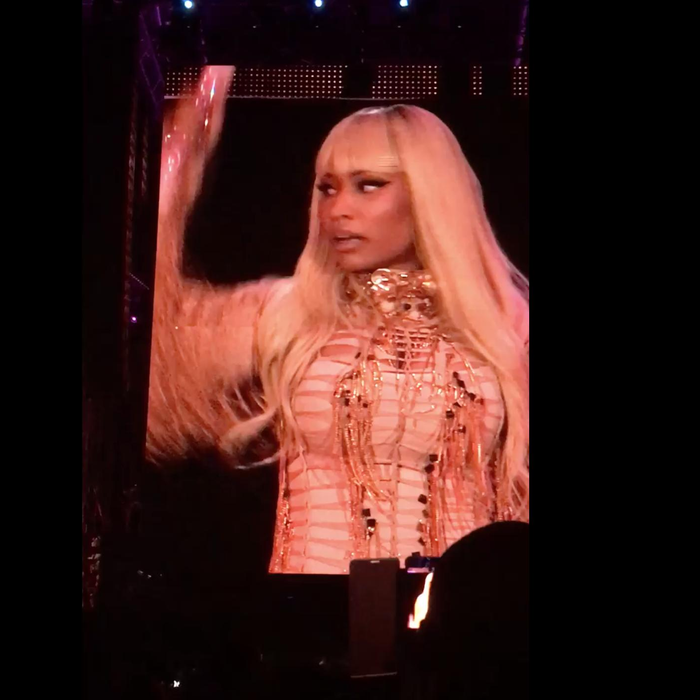 Like a schoolboy caught with his hand in the sweet jar, he quickly obliged and it took Nicki all of two seconds to decide what to do with the offending mobile phone - lob it across the stage of course! And then… straight back to the show!