The 'Rolling In The Deep' star says "mermaids for life" and calls 'MANiCURE' one of her favourite tracks.

Adele has taken to Twitter to praise Lady Gaga after attending her iTunes Festival 2013 show this week.

The 'Bad Romance' star opened the month-long series of gigs at the Roundhouse in Camden on Sunday night (1st September) and received high words of praise from the British singer.

"@ladygaga mermaids for life! Brilliant as always thank you for a wonderful night! #MANiCUREisthebest," she said.

Late last night, the US star also took a moment to log on and reply to Adele as she revealed how thrilled she was to see her face in the crowd.

"@OfficialAdele i was as usual happy to see you again, and it was so kind of you to attend. I know the fans were excited to see you there!" wrote Gaga.

@OfficialAdele i was as usual happy to see you again, and it was so kind of you to attend. I know the fans were excited to see you there!

Check out a picture of Adele at Lady Gaga's gig at the iTunes Festival 2013 below: (Picture: Xposure) 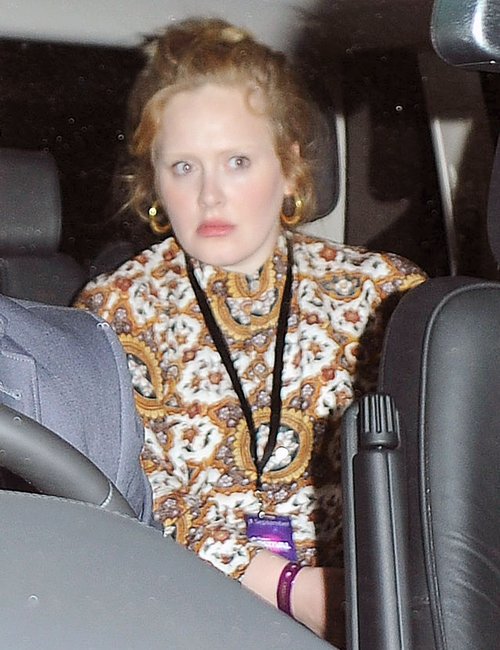 Adele was seen in her car leaving the gig in London as she made a rare public appearance for the night.

One Direction star Niall Horan was also in attendance as Gaga debuted material from her new album 'ARTPOP'.