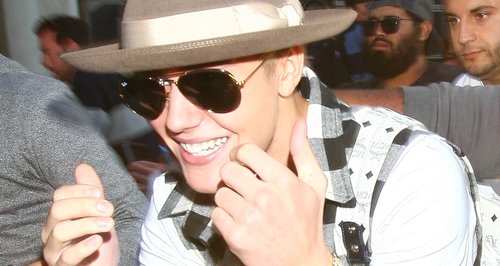 The 'All That Matters' star is back with a new song and a new sound for his 2014 musical return.

Justin Bieber has unveiled a brand new song called 'Hard 2 Face Reality' while promising "big things' are on the horizon for him and his fans.

The 'Boyfriend' star posted a link to the new track over the weekend for fans to listen to online, after teaming up with Atlanta based singer-songwriter Poor Bear on the collaboration.

'Hard 2 Face Reality' sees a reflective Justin getting honest with his lyrics, over the top of a slow R&B-style track backing.

Excited for what is next

> Justin Bieber Unveils His 'All That Matters' Music Video.