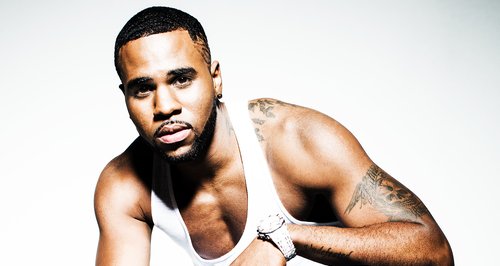 The 'Talk Dirty' singer is the final named to be confirmed for this year's huge event next month.

Jason Derulo is the final star to join the line-up for the Capital FM Jingle Bell Ball 2013.

The 'It Girl' singer will fly into the UK to perform at London's O2 Arena on Sunday 8th December for a show, which also features John Newman, Rudimental, Little Mix, Jessie J, Lawson, The Vamps, Dizzee Rascal and superstar Lady Gaga.

Jason recently released his third studio album 'Tattoos' back in September – which features the huge Vodafone Big Top 40 singles 'The Other Side' and 'Talk Dirty'.

The US singer has also recently announced details of his 2014 UK tour, which will see him perform seven nights across the country in March.

His appearance at the Jingle Bell Ball was teased by John Newman – who played a toy instrumental version of 'Talk Dirty' for the announcement.