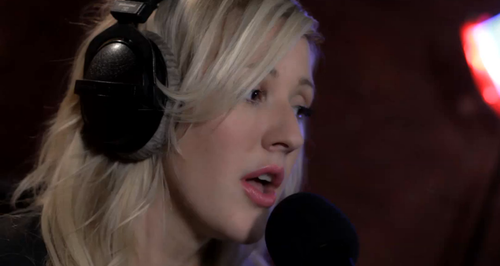 The UK singer-songwriter stopped by Capital FM to give an exclusive performance of her massive single.

Ellie Goulding gave a powerful performance of her chart smash 'Anything Could Happen' in an exclusive live session on Max's Capital FM show.

The UK singer-songwriter stopped by Max's show this evening (8th September) to perform several of her biggest songs, including 2012 hit 'Anything Could Happen'.

Ellie recently returned to the top of the charts when her latest single 'Burn' reached number one on the Vodafone Big Top 40, while she has just rereleased her last album as a repackaged edition called 'Halcyon Days'.

Watch Ellie Goulding performing 'Anything Could Happen' exclusively for Max on Capital FM below: