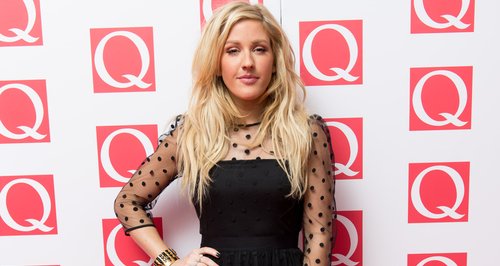 The 'Burn' singer was one of many who walked away with a prize at the annual awards show.

Ellie Goulding, Jake Bugg and Robbie Williams were among the stars to walk away with awards at the Q Awards 2013 today (21st October).

The 'Anything Could Happen' singer walked away from today's ceremony in London with an award for Best Solo Act, while 'Two Fingers' singer-songwriter Jake Bugg won Best New Act.

'Candy' star Robbie Williams was honoured with the Q Idol award during the show in the UK capital this week, while Arctic Monkeys won Best Track for their hit 'Do I Wanna Know?'.

Check out a picture of Ellie Goulding posing with her award at the event below:

Check out the full list of winners from the Q Awards 2013 below: