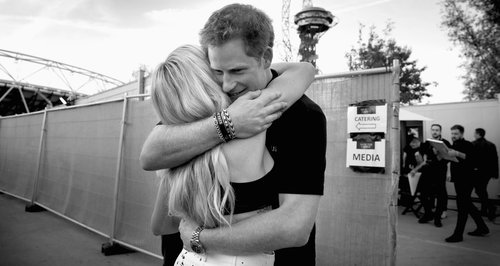 Performing in front of Prince Harry and co is a pretty big gig – but Ellie Goulding takes it all in her stride!

As well as being a princess of pop, Ellie Goulding is used to rubbing shoulders with royalty – and she got to perform at Prince Harry’s 30th birthday party last night!

The Sun reports that Ellie performed a short acoustic set of her songs from Harry and his guests in a private room in Clarence House. Swish!

The guests, including Cressida Bonas and Prince William, were treated to the show, including her hit song ‘Burn’.

A source told The Sun, “Harry and his pals thought Ellie was amazing. To have such a high-profile singer performing to such a small crowd made it extra special. Harry's pals joked only the Prince could pull that off."

But this isn’t Ellie’s first royal performance – she also sang at the wedding reception for Prince William and Kate Middleton in 2011 at Buckingham Palace after the ceremony.

Nice crowd you hang out with, Ellie!