The 'Love Me Like You Do' star revealed her new track - and absolutely blew us away!

Ellie Goulding is coming back in a big way… and we’ve had the first Capital play of her brand new song ‘On My Mind’ this morning (Thursday 17th September) - and you guys blew up Twitter raving about it!

Ellie Goulding On Her New Album... And A Song She's Written About Her Man Dougie Poynter!

The ‘Burn’ star finally revealed the track on Capital after posting up several teasers for the brand new track this week, after quietly working away on music for her third album for some time now.

This week she dropped a snippet of the new song AND some amazing single artwork:

Ellie had also posted a snippet revealing the song title 'On My Mind' as well as a preview of the track - and it's a new sexy side to Miss Goulding!

After the tune dropped this morning, Twitter pretty much blew up with all you #Goulddiggers raving about the amazing new song.

OMG, IT'S SO GOOD #OMM #NewEllieOnCapital

Ellie's mostly kept a low profile this year outside of her Fifty Shades Of Grey soundtrack anthem ‘Love Me Like You Do’ at the start of 2015, but has been writing and recording for album three for some time now. 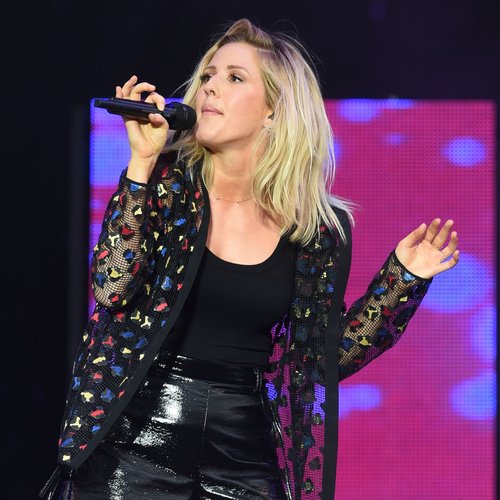