Ellie Goulding On Her New Image: "I'm More Confident With My Body" 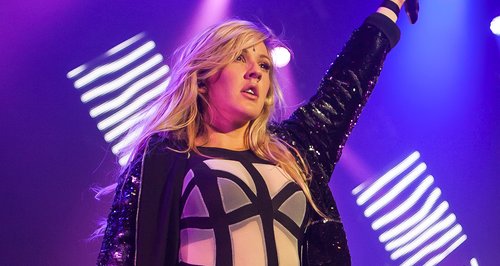 The 'Anything Could Happen' singer says she has no problem is other stars want to wear exposing outfits.

Ellie Goulding has opened up on her fashion style and admits she feels more comfortable wearing riskier outfits because she has matured since her younger days.

The 'Burn' star says she never judges a singer on what they wear because she finds their music much more important.

"I don't have anything against being sexy," Ellie revealed to Hunger magazine in this month's issue. "If a pop star exposes herself or doesn't wear a lot, it doesn't really bother me the way it bother other people.

"I feel like people are less fussed about it in America whereas in the UK people are a little more reserved," she explained. "But if someone's making good music, I don't care about anything else."

The UK star went on to stay it's more about the music than a person's style or sex appeal, citing artists like Lorde and Lily Allen who don't dress provocatively but still release critically acclaimed music.

"Some of the most successful girls don't portray themselves as sex symbols," she explained. "Lorde's doing exceptionally well, she's been number one in America for ages and she doesn't dress like a skank. If you make good music then that's all you need."

Ellie has also opened up on her own sense of style after facing criticism recently for her perceived provocative stage outfits.

"I think I feel more confident with how I look and my body in general," Ellie added. "I feel like I've matured, I can wear what I want now and be confident."

Ellie Goulding has been repeatedly linked to McFly star Dougie Poynter over the past few weeks after a series of dates.