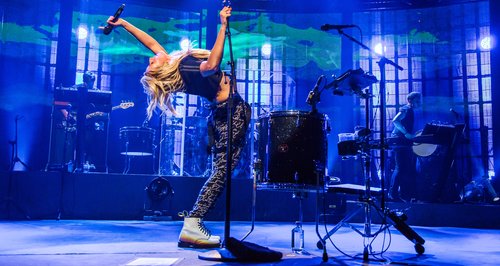 The singer performed hits like 'I Need Your Love' and 'Anything Could Happen' at the Roundhouse in Camden last night.

Ellie Goulding performed a headline set at the iTunes Festival last night (22nd September) and took to Twitter to reveal how overwhelmed she was with the set.

The British star said it was "an incredible show" and hailed it as "a real moment" for her career.

Ellie took to the stage at the Roundhouse in Camden, London following Laura Walsh and was full of energy throughout.

She opened proceedings with 'Don't Say A Word' and moved on to album title track 'Halcyon'.

The singer had performed at the same event one year ago and told the crowd she couldn't believe how quick the time had flown by. 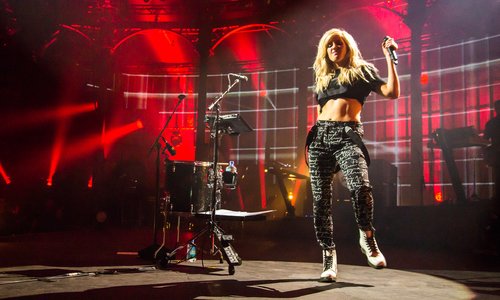 "It's crazy that it's been a year, it's gone really bloody quick," she told the audience.

An emotional performance of 'Explosions' and set closer 'Burn' also drew huge cheers from the crowd.

What an incredible show.. Was a real moment for me x

Check out Ellie Goulding's setlist from the iTunes Festival 2013 below:

The event will continue this evening (23rd September) with performances from Lawson and Jessie J.

Katy Perry, Justin Timberlake and Tinie Tempah will also perform at the event.

You can also still win your way into the iTunes Festival by clicking here.

Is Harry Styles Actually Going To Be In The MCU? The Clues So Far