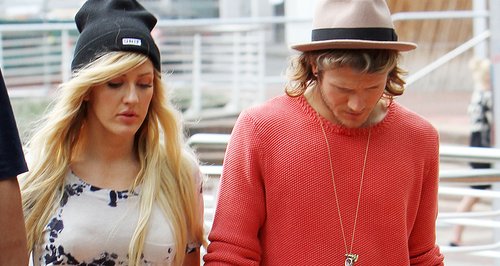 The 'Burn' singer describes Dougie as her "man friend" while opening up about her love life.

Ellie Goulding has officially confirmed her relationship with McFly's Dougie Poynter while speaking publicly about their romance for the first time.

The 'Anything Could Happen' singer and boy band star Dougie have faced persistent rumours over the past over the past several months about a potential romance blossoming between them, having been spotted out together on numerous occasions.

Ellie has now gone on record to describe Dougie as her "boyfriend", after being questioned about it on Alan Carr's Chatty Man this week.

"He's a very lovely human being," she explained. "We were sort of friends for quite a long time."

Mcfly star Dougie also spoke briefly about the relationship during an the ITV2 McBusted special earlier this week.

Ellie Goulding is confirmed to play the Capital Summertime Ball 2014 with Vodafone on Saturday 21st June.