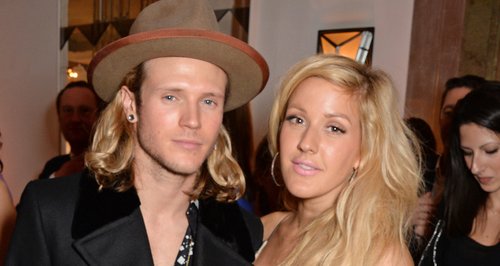 The pop couple have denied engagement rumours after Ellie was snapped with a ring on her left hand.

They are one of the cutest couples of the year, but it looks like McBusted’s Dougie Poynter and Ellie Goulding aren’t engaged just yet.

The rumours started when Ellie was spotted with a ring on her wedding finger, and fans got excited that the McBusted hotty may have popped the question to Ms Goulding – but both of them have since denied it!

Dougie also told DigitalSpy that the ring wasn’t what he thought an engagement ring looked like, saying, “No. It was just a ring that fit on that finger. It didn't really look like an engagement though, did it?"

And his bandmate Harry Judd also said he wouldn’t be impressed if that was the ring Dougie had bought for Ellie, joking, “That would have been a lame engagement ring Doug..."

Dougie and Ellie have been dating for around a year and were first spotted together at an NBA basketball match but didn’t confirm their relationship until May when Ellie told Alan Carr, “Err, he's my man friend. Boyfriend traditionally."