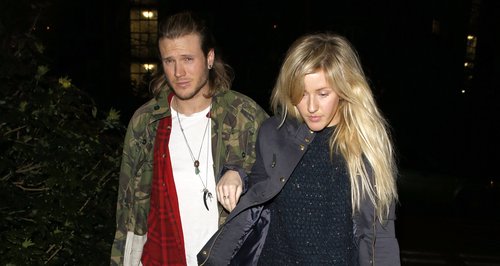 The McFly star confirms he is dating the 'Burn' singer.

Dougie Poynter has confirmed that he is dating Ellie Goulding.

The McFly bassist announced that he and the 'Starry Eyed' singer are an item during an ITV2 documentary.

Rumours of a romance between the pair started earlier this year after they were spotted together on a number of occasions, though Goulding insisted last month that she was single.

However, when asked about his romance with the star, he replied: "Yeah. All is good in that area," adding that he prefers not to discuss his love life.

Poynter also opened up about his "life-changing" time in rehab on the show, confessing: "You don't even realise how bad it is until you stop. I don't know how much worse it could have got and I don't want to know."