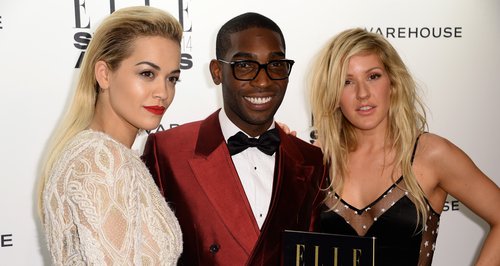 The 'Goodness Gracious' star also says she hopes to win but loves the rest of this year's BRITs nominees.

Ellie Goulding says she is "really excited" for her performance at the BRIT Awards 2014 tonight, and has promised an "epic" set when she takes to the stage.

The 'Burn' singer is set to sing live at the O2 Arena in London this evening (19th February) for the BRITs, and says she hopes it will be her "best performance" ever.

"It's going really, really well. I'm nervous but I'm really excited," Ellie revealed exclusively to Capital's showbiz reporter Kevin Hughes at the Elle Style Awards 2014. "I think it's going to be fun. It's going to be a good one.

"I just want it to be really epic. I want it to be the best performance I've ever done, but that's sort of setting the bar quite high so we'll see!" Ellie added.

Ellie Goulding promises her best ever performance at the BRITs 2014

"I'd like to [win] obviously, but it's just nice to be nominated  with Laura and all the other ladies," she also revealed. "I think it'll just be fun. My mum's coming so she'll probably be getting on it."