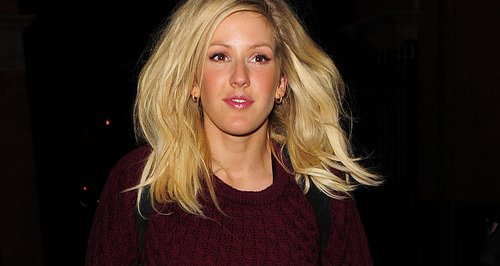 The 'Anything Could Happen' star has unveiled her cover of the 'Overgrown' singer's hit.

The 'Burn' singer and 'Dirty Gold' star have put their own unique spin on James Blake's song 'Life Round Here'.

Ellie unveiled the track last night (3rd February) posting a link on her Twitter account, while out performing across Europe this week.

The UK star has had a hugely successful past twelve months after the release of her repackaged album 'Halycon Days', as well as recent single 'Goodness Gracious'.

Ellie Goulding has recently teased plans to release a potential Rudimental collaboration some time in the future.