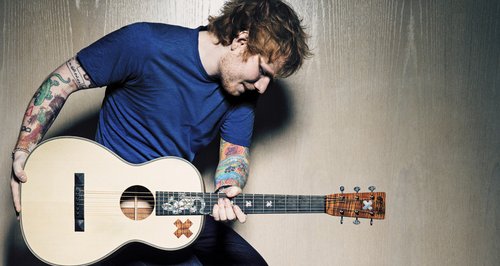 The 'Sing' superstar will give one of his new album songs its first play on Marvin's show.

A brand new Ed Sheeran song called 'Don't' will be heard on Capital airwaves for the first time tonight when it gets a spin on Marvin Humes' show.

The 'Lego House' star scored a huge number one on the Vodafone Big Top 40 with his incredible lead album single 'Sing', and now all you Ed Sheeran fans will be able to get another taste of his upcoming record 'X' with Marvin this evening (12th June).

Ed has been teasing new music from the Autumn-launching album during his live shows in recent weeks, so don't go anywhere tonight if you want to get the full experience of what's next from Ed.

Make sure you tune in to Marvin on Capital from 7pm tonight for our first play of Ed Sheeran's 'Don't' around 7.30pm.