The 'Criminal' star has been taking to Twitter to tease fans with an announcement next week.

Britney Spears has taken to Twitter this week to tell fans she's busy rehearsing for something "top secret" – which will be unveiled next week.

The '…Baby One More Time' singer was pictured emerging from a performing arts studio in Calabasas following her comments on the social networking site.

She wrote: "Taking a quick break to say hi to all my tweeps :) Rehearsing for something top secret happening next week... #WERK."

The singer has been teasing details of her musical comeback all year, and most recently started a countdown to a major announcement.

Check out a picture of Britney coming out of the studio in California below: (Picture: Splash) 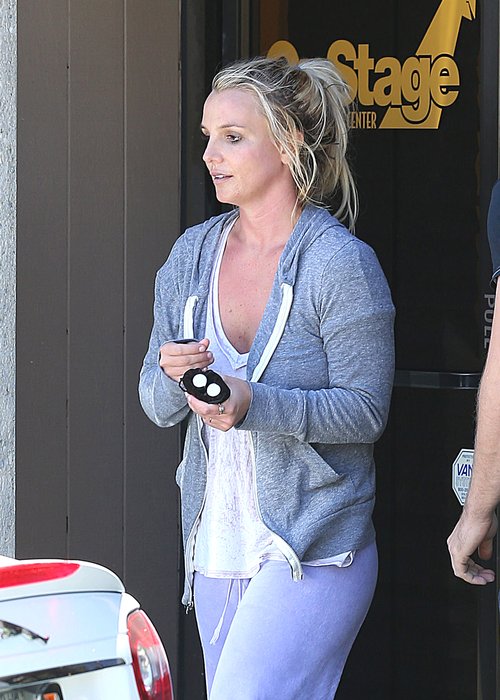 Britney has teamed up with the likes of Naughty Boy, Will.i.am and William Orbit for her next record.

She also most recently released the song 'Ooh La La' as the soundtrack to the new movie The Smurfs 2.