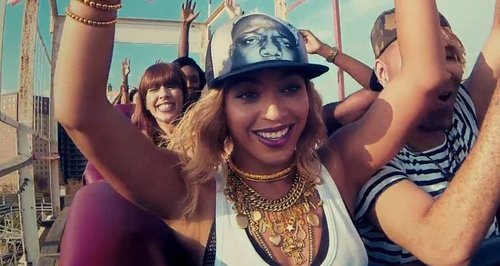 The record has shifted over 820,000 copies around the world in just three days.

Beyonce's new album has been named as iTunes' biggest selling ever record worldwide after sales of 828,773 in just three days.

The 'Crazy In Love' star surprised the world last week when her new album was released without prior announcement.

It hit iTunes stores and was immediately snapped up by eager fans – with the huge number of downloads helping it break the record.

The record also broke the US record for the largest sales in a week – eclipsing Taylor Swift's 'Red' which sold 465,000 copies in the week ending 28th October 2012.

If sales continue she will also take the biggest ever week sales worldwide, after 'Red' sold a massive 1.2 million.

Beyonce accompanied her album release with 17 brand new videos - two of which she has now unveiled in full online.