PLUS... singing Whitney Houston proves just what an INCREDIBLE voice Ari has!

So Ariana Grande KINDA just blew us away with her celebrity impressions, like this girl is not only INCREDIBLY talented as a singer, but she’s hella funny too!

The ‘Dangerous Woman’ star took the spotlight for Saturday Night Live at the weekend and THIS is the sketch everyone is talking about - as Ariana tries her hand at impressions of everyone from Britney Spears to Rihanna!

As well as singing the two pop divas’ songs - including a HILARIOUS part about RiRi’s ‘Work’ - Ariana also takes on the likes of Shakira, Celine Dion and Whitney Houston and basically knocks it out of the park. 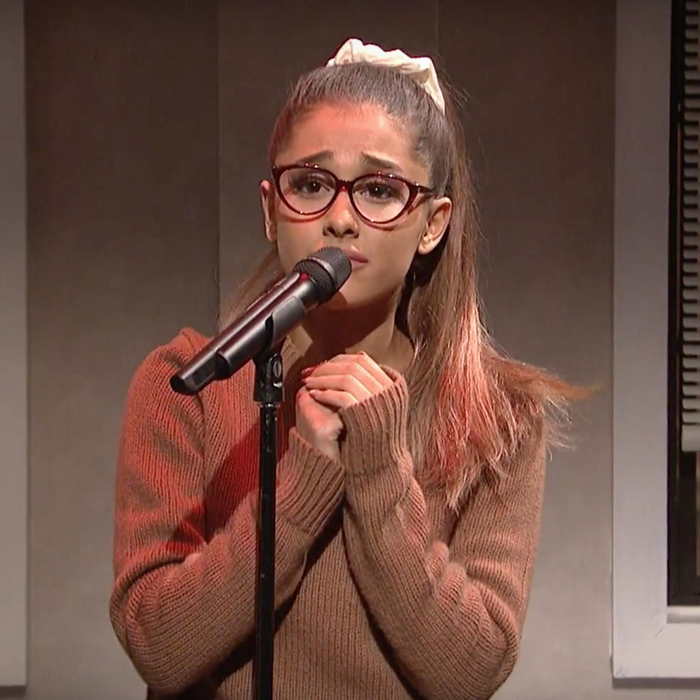 Ariana... we salute you!