Kelly Clarkson Reveals Adele Told Her To Put Off Having Children 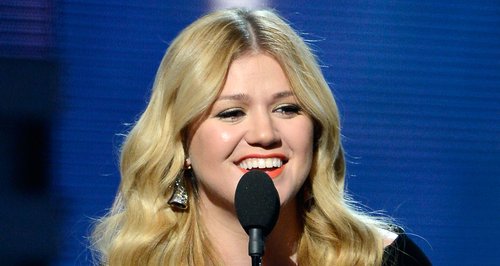 The US singer talks about a conversation she shared with the new mother and '21' star.

Kelly Clarkson has confessed that Adele told her to put off having children because "everything else will go on the back burner".

The 'Since U Been Gone' star recently married Brandon Blackstock back in October and is contemplating starting a family.

Speaking to Us Magazine, she revealed how the British singer offered some words of advice, after she became a mother for the first time a year ago.

"Girl, don't have a baby 'cause everything else will go on the back burner," Adele told Kelly. "I'm living in babyland!"

Kelly also went on to add: "My eggs aren't getting young! Brandon has two kids and I want two more."

Adele has kept out of the public eye since the birth of her son Angelo making just a handful of appearances at events such as the Golden Globes and the Oscars.