Bag yourself a pair of tickets to see the queen of the Jingle Bell Ball at her LIVE show in London's Hyde Park in June 2015!

If you've got the urge to 'Shake It Off', or you're feeling '22', all you need to do is listen to Capital this week (8th - 12th December) and you could pick up a pair of tickets to see Taylor Swift LIVE in London!

All you need to do to bag yourself this incredible prize is listen to Capital throughout that day for you cue to text.

We'll be putting your knowledge of Taylor to the test, so you'll have to answer some Swifty trivia, as well as sending the keyword mentioned to 83958*

If that's not enough, we've got an EXTRA chance for you to win just by being a loyal Capital VIP! Just scroll down to enter. 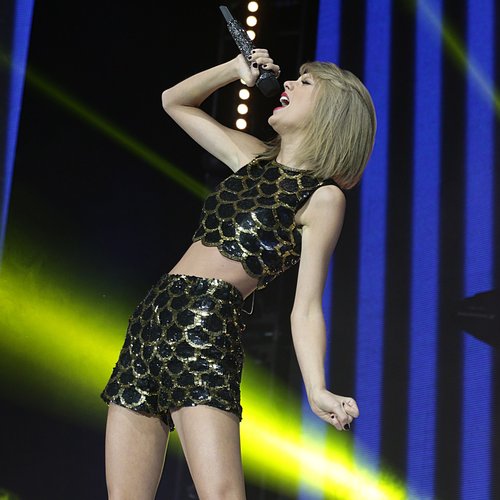 The following rules (“Rules”) together with Global Radio’s ("Global Radio") general and competition terms and conditions (the “Terms and Conditions”) which can be found at http://www.capitalfm.com/terms-conditions/competition/) to the Taylor Swift radio competition ("the Competition") which will run from Monday 8th December to Friday 12th December 2014. The "Radio Station" is Capital Network.

Details of the Competition :

1. There will be 2x competition rounds per day throughout the Competition period. The first will take place between 10:00 – 13:00 and the second will take place between 13:00-16:00.
2. To enter the Competition an Entrant must send a text message with the keyword given out on air and their answer to the question given out on air, to the number given out on air by the presenter (the “Text Message Line”). Text messages will be charged at standard network rates. The opening and closing times of the Text Message Line will be given out on air for each competition round.
3. Listeners will be asked a question on air, and will need to include their answer in their entry (as per clause 2 of these Terms & Conditions).
4. One Entrant will be selected at random from all correct, eligible entries and will be brought to air to be awarded the Prize.
5. All Entrants selected to play on air will be required to talk to the presenter(s) and the conversation will be recorded and played on-air. If the caller fails to answer a return call from Global, is driving at the time of the call and is unable to pull over or cannot continue the call for any reason the call may be terminated and another Entrant selected at random.

6. Entrants must be aged 18 or over.
7. Entry is restricted to one entry per person; per competition round; duplicate entries will be excluded from the Competition.

8. The total prize pool for the Competition consists of 10x Prizes. Each Prize is the same.
9. Each winner will receive 1x pair of general admission tickets to Barclaycard Presents British Summertime Live Hyde Park with Taylor Swift on Saturday 27th June. Under 15s must be accompanied by a parent or guardian aged 21 or over.
10. The winner will receive tickets within 28 days of Global receiving them from the concert promoter. Please note these do not often arrive until closer to the concert date.
11. In the event of the concert being cancelled or postponed, the supply of alternative tickets will be at the discretion of the concert promoter.
12. Global Radio reserves the right to substitute any part of the prize at any time and there is no cash alternative. The Prize is not transferable.
13. Travel and accommodation is not included in the prize.
14. Barclaycard Presents British Summertime Hyde Park reserves the right to exercise their entry policy for which Global Radio is not responsible.