Here’s everything you need to know about a potential second season of Netflix’s Wednesday.

The eight-episode series even features the likes of the OG Wednesday Addams; Christina Ricci (as a new character, of course) as we see the horrors and mysteries surrounding Nevermore Academy.

It’s fair to say fans can’t get enough of the new dark comedy series - with many wondering if we’ll get a second season to fill the Addams Family holes in our hearts.

Here’s what we know…

Will there be a season 2 of Netflix’s Wednesday?

As the new series has just dropped, there is yet to be any official confirmation of a second season of Wednesday in the works.

However, the show’s co-creator Alfred Gough told this publication that it could be a possibility, explaining: “Miles [Millar] and I are talking amongst ourselves about it. There's definitely more that you can explore in the world of the Addamses."

Meanwhile, Jenna herself said she has ‘no idea’ if the series will continue and admitted the season finale tied up enough loose ends for there not to be a second season - if that’s the way producers decided to go with.

She told NME: “It could continue but it could also end. I think that's what's kind of nice about the show – we have the option."

It’s likely that we’ll have to wait a while to find out if a second season has been given the green light - and if it does go ahead, it’ll likely be released sometime around 2024 to factor in the decision-making and production time.

Who will return in season 2 of Wednesday?

If Wednesday is given the green light for season 2, it’s likely a string of characters from the first season will reprise their roles.

It goes without saying that we can expect Jenna to return as Wednesday, while her family will likely make an appearance again.

Here’s who else is likely to return if there is a season 2: 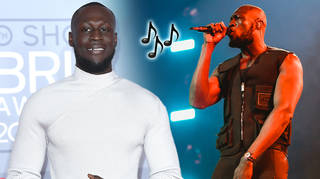