Swedish DJ Alesso has teamed up with Californian singer Roy English to bring us something very COOL.

Alesso is beyond doubt one of the HOTTEST new DJs in the world. The Swedish producer who bought us 'Heroes' featuring Tove Lo is back with another banger.

Believe it or not, Alesso himself is the STAR of the music video. Yup, that geeky dude in the V-neck sweater is the same man who's releasing some of the biggest tracks of the year. 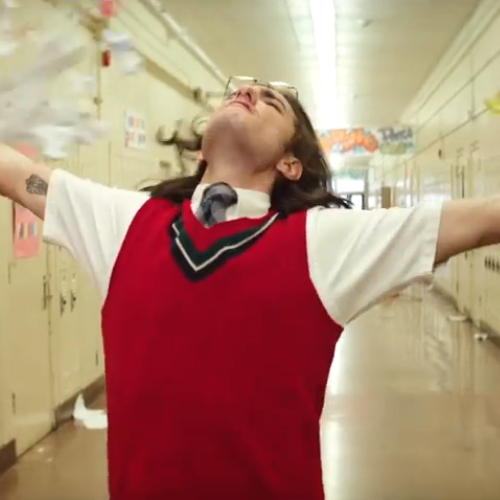 Recognise the anything familiar about the music video? The school you say? Yes! You are correct! It's the same school Britney Spears' '…Baby One More Time' was filmed in, crazy huh.