It's Happened! Katy Perry Has Followed Taylor On Twitter After She's 'Spotted' In The 'End Game' Video

Taylor's 'End Game' music video has arrived and all all #Swifties are losing their chill as expected. However, not necessarily for the reasons we all though it'd be.

Eagle-eyed fans spotted something they did not expect when watching through the Joseph Khan directed video... KATY PERRY?!

It's extremely hard to tell (let alone being unlikely) if KP actually graces the screen but you'd be a fool if you didn't agree that it REALLY looks like her. This fan was wasn't too happy when it turned out to be false:

IM SO DISTRAUGHT THAT THIS WASNT @katyperry
I WANTED THEM TO UNITE AND TAKE OVER THE WORLD TOGETHER
LOVE BOTH OF YOU GALS@taylorswift13 #endgame pic.twitter.com/59lpitdQjo

> Look What You Made Us Do... Launch An Epic App With Everything Taylor On It Of Course!

But when it comes to the Katy/Taylor feud, there's been some actual progression! Katy Perry has indeed followed Tay Tay!

Note the amount of followers: 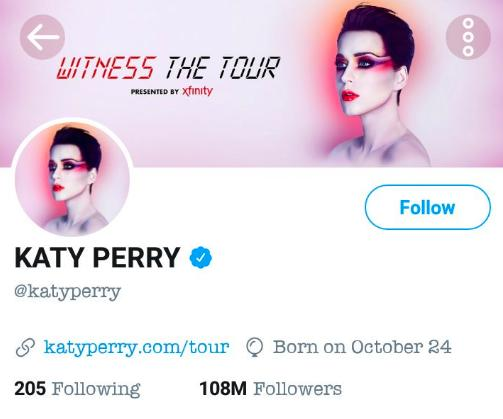 And there she is! 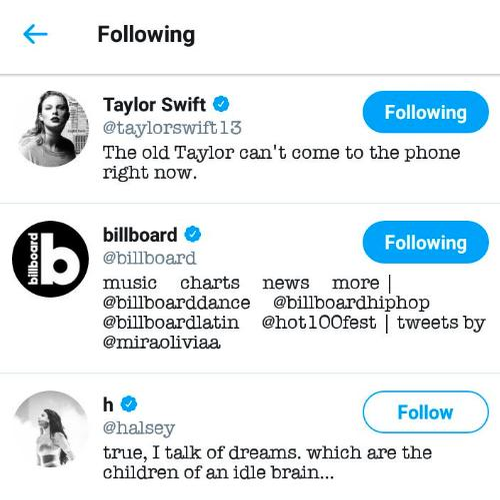 Is it finally time for the pair to become besties and rule the music world for the rest of time? PLEASE MAKE IT HAPPEN!

Let's remind ourselves how much Taylor Swift killed it at the #CapitalJBB 2017!