So, Taylor Swift Has Won An Emmy Award And She Has ZERO CHILL About It!

Tay took to Instagram to post a LOT of selfies of her and friends going cray cray for the gong.

Taylor Swift is no stranger to picking up an award or two, we reckon she’s probably got a room specifically for all of her gongs, but she proved over the weekend she still goes CRAZY for a bit of awards show gold!

Head To Head: Katy Perry Vs. Taylor Swift... And Why Both Ladies Should Join Forces

The ‘Blank Space’ star has won her first ever Emmy Award which was delivered to her out on the road during the ‘1989’ tour and Taylor PRETTY much couldn’t believe it was “a thing”. Cue a LOT of selfies with Taylor and friends posing with the dreamy looking prize.

“WHEN THEY OVERNIGHT YOU AN EMMY. I DID NOT KNOW THIS WAS A THING,” was Taylor’s low-key (*ahem*) initial response to the delivery. “If you need us, we’ll be taking selfies with the Emmy ALL DAY. 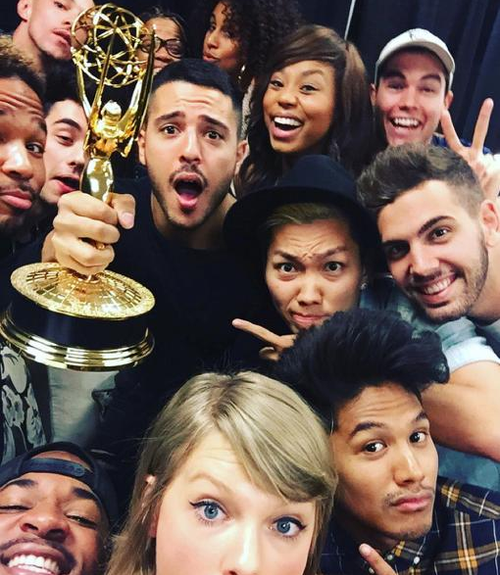 It looks like Taylor even thought it might have been a prank originally, which would probably have been the meanest prank ever… 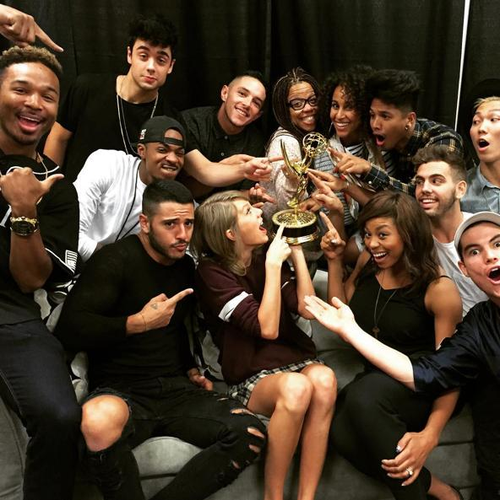 “We have no chill. The Emmy has rendered us chill-less,” Taylor tweeted as she posted even MORE selfies with her Emmy! 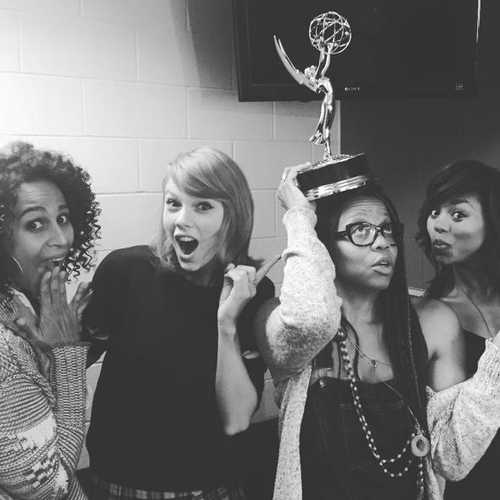 The gong was given to Taylor after the AMEX Unstaged: Taylor Swift Experience picked up the Emmy for Original Interactive Program, after she served as executive producer on the project.