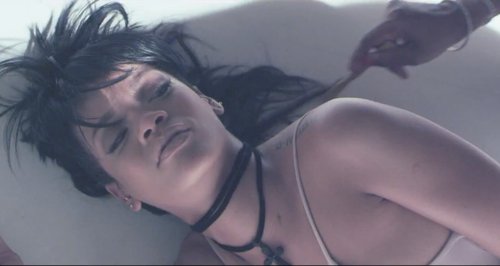 The Bajan star gives an insight into what to expect in her promo ahead of tomorrow's premiere.

Rihanna has unveiled a behind the scenes video for the making of her new promo to latest single 'What Now'.

The track is the latest to be taken from her seventh studio album 'Unapologetic' and she explains during the clip how she wanted to try something different to what people may expect.

"It's gonna be kind of eerie, very creepy," she explains. "It is pretty and kind of soft but it's really a little demented."

The video was filmed over 22 hours and Rihanna can be seen during several shots and performing "exorcism" style dance moves.

The Bajan beauty has been teasing her fans with details of the promo for the past week as she prepares for tomorrow's (15th November) premiere of the video.